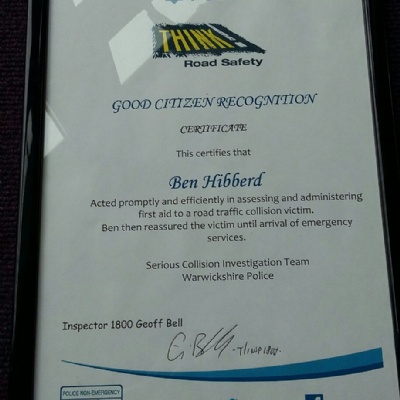 Discovery Academy is proud to share that one of our students has received a certificate from the Police for being a Good Citizen.

Ben, 13, was the first on the scene at an RTC and not only reassured the victim but also administered first aid.

He has received a certificate and a letter of commendation from the Police.

Ben acted as many of us hoped we would but can’t be sure – what an example.